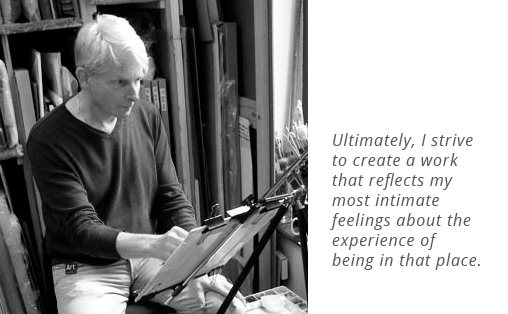 Carl Oltvedt works full-time as an artist in a variety of painting and drawing media.  He relocated to the Twin Cities following his retirement from Minnesota State University Moorhead in May of 2015, where he was a Professor in the School of Visual Arts for thirty-two years.  Currently, he maintains a studio at the California Building in N.E. Minneapolis.  He has exhibited his work at Groveland Gallery in Minneapolis since 1978.  His paintings and drawings are included in numerous public, corporate, and private collections, including the Minneapolis Institute of Art, the Minnesota Museum of American Art, the North Dakota Museum of Art, the Plains Art Museum and the Rourke Art Museum.  He has completed commissions for corporations and private collectors including Cargill Corporation and Securian Financial.  He was a recipient of Minnesota State Arts Board Artist Initiative Grants in 2014 and 1991, and a Lake Region Arts Council/McKnight Artist Fellowship in 2002.

The winners’ announcement will take place on Thursday, March 18 via Zoom as originally planned. A link to that meeting will be sent out during the week of March 15.